KKR defeated RR in 12th match of the tournament at Abu Dhabi by 37 runs. Yet the target was not big enough that RR could not chase. KKR scored a total of 174/6 whereas RR could reach only 147/9 in 20 overs. KKR kept their momentum of winning and bagged the 2nd victory of the tournament.

For KKR, Shubman Gill (47 off 34) contribution remained at the top followed by Eoin Morgan (34 off 23). Jofra Archer and Pat Cummins bowling went far from better. Shivam Mavi was honoured as Man of the Match. Whereas Kamlesh Nagarkoti, Varun Chakravarthy was among the top bowlers. It was KKR’s day, they performed impressively in all the departments; batting, bowling and fielding. 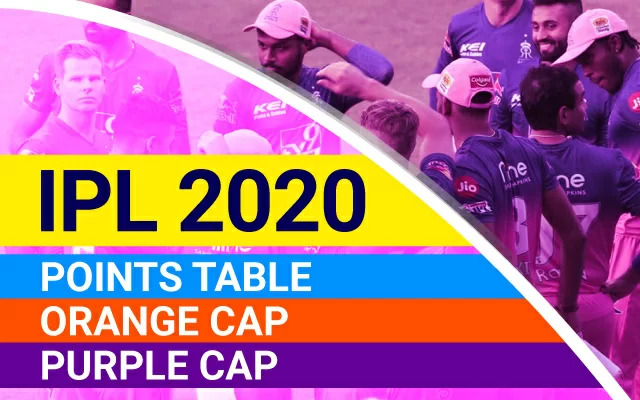 RR’s had a bad opening with steve smith who could only score 3 in 7 balls. Even the star performers like Sanju Samson and Jos Buttler were sent back too soon. Dinesh Kartik bowled tremendously for KKR. So with another win of IPL 2020 tournament, KKR has managed to occupy 2nd position in Point table following DC. DC and KKR both have the same points but DC has an upper hand with a better NRR (Net run rate).

Related Article: RR could not make a hat-trick

Below is the updated Point table for IPL 2020:

This award is presented to the player with highest numbers of runs scored in IPL tournament. KL Rahul (KXIP), 222 runs is still at the top accompanied by his team player Mayank Aggarwal(KXIP) with 221 runs. 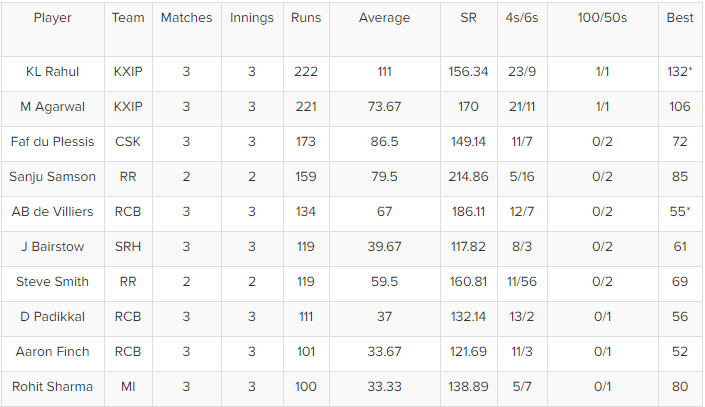 This award is presented to the player with the highest number of wickets in IPL tournament. There is no change in this list, on the top of the list is Kagiso Rabada(DC), 7 wickets followed by Mohammed Shami(KXIP). 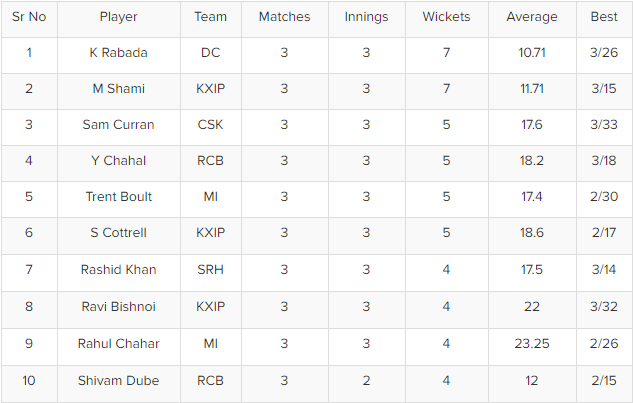