IPL 2020: Ishant Sharma from Delhi Capitals still struggling with a back spasm

Ishant Sharma amazed all the cricket fans with his tremendous performance in last season of IPL. He bagged 13 wickets at 7.58 economy rate in duo with Kagiso Rabada. Delhi capital was looking forward to lanky Ishant Sharma to play in their next game. But he is still under-recovery due to his back spasm at warm-up sessions before their face-off with KXIP. So he won’t be a part of one or two next matches. 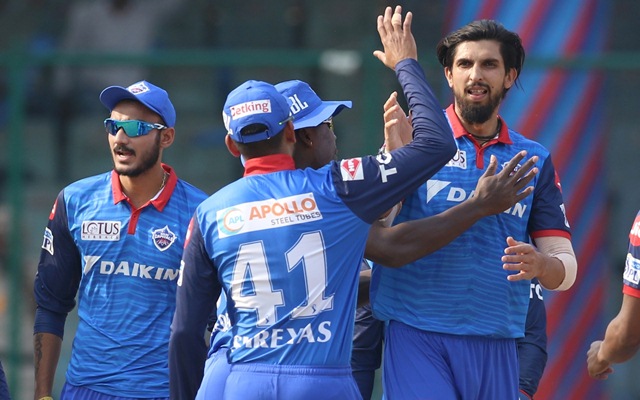 This tournament will end on 10 November 2020, it’s quite a long season though. DC management isn’t willing to rush Ishant back into the game and keeping his health as a priority they want him to recover completely. Some source of DC said:

“He will ideally need a little time and may miss a game or two. We will not risk Ishant and rush him into the XI so early in the season. The games have only begun and he is a vital cog going into the middle and business end of the tournament,”

“Also, injuries happen to sports persons all the time. Even a batsman can suffer spasms while batting at the nets. He was assessed immediately by the physio and necessary measures were taken,”

Fortunately, Delhi Capitals won in super over against KXIP on Tuesday. Now it will be interesting to watch DC locking horns with 3-time champions CSK in the 7th match of the tournament on September 25, Friday. This match will be played at Dubai International cricket stadium.