Sunrisers Hyderabad Squad 2021 | Bet on SRH in this IPL

Established in 2012, Sunrisers Hyderabad is an IPL franchise based in Hyderabad.  SRH has won the title only for a single time in 2016 against RCB. Despite not winning many titles; SRH is among the IPL 2022 teams that are known for their consistency and hard work.

Want to bet on SRH while sitting at home? 10 CRIC is your destination;  the best cricket betting platform for Indian players.

Did you Know? Sunrisers Hyderabad was a replacement for Deccan Chargers 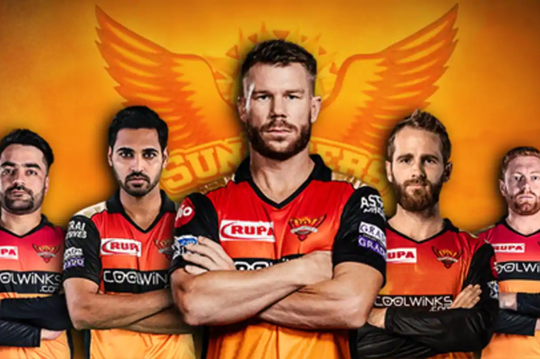 A Quick Overview of SRH Team

SRH successfully managed to reach the play-offs in the 13th edition of IPL 2020. All the credit goes to Orange cap holder David Warner and Jonny Bairstow.

Moving to IPL 2021 performance; Tom Moody is back in the team. SRH is aiming to win the title for the 2nd time. Their performance was not up to mark in the recent 7 matches played in IPL 2021. As they could only win 1 match.

Who is the owner of SRH?

Sunrisers Hyderabad is owned by Kalanithi Maran and Kavya Maran of Sun TV Network Limited. The company headquarters are located in Chennai. Sun TV is India’s one of largest TV network with 32 channels and 45 FM radio stations

The team was formed in 2012 after Deccan Chargers were eliminated by the BCCI due to bankruptcy. They won the bid with INR 85 crores

David Andrew Warner is known as the world’s most aggressive and destructive top-order batsman. This Australian cricketer has bagged the orange cap title consistently 3 times in IPL.

At present, he is one of the highest run-scorer in IPL history with 5240 runs after Kohli. David Warner was the part of Delhi Daredevils IPL franchise from 2009 to 2013.

He donned the orange and black jersey in 2014. Warner was appointed the captain of SRH in 2015 and lead the team to won the title in 2016.

He was banned in IPL 2018 due to a ball-tampering incident and rejoined the team in IPL 2019 season.

What do you think? David Warner, the 3 times orange cap holder is our favourite pick for online betting in IPL. Visit Lucky Niki, one of India’s favourite sports betting sites.

At present, SRH is ranking at 8th position in the points table with just 2 points. It seems quite difficult that if they would manage to reach play-offs. As they have only won 1 match out of 7 matches played in IPL 2021 tournament.

Who are the major rivals of SRH?

How many times did SRH win the IPL title?

David warner-led Sun Risers Hyderabad has won the title for a single time in 2016 defeating RCB.

Who is the best player in SRH?

David Warner is the highest run-scorer in IPL history with about 5500 runs. He is the only batsman who has won the orange cap title 3 times. He is known for his aggressive batting styles

Who is the best batsman in SRH?

David Warner, Kane Williamson, Shikhar Dhawan, Adam Gilchrist are among the best batsman of SRH. Warner is credited for winning the IPL 2016 title

Who is the captain of SRH?

David Warner is currently leading the Sunrisers Hyderabad. The only captain who is also an orange cap holder. Whereas Bhuvneshwar Kumar is the Vice-captain.

As the IPL 2022 season was suspended due to the Covid-19 situation in India. This year has not proven any good for this IPL franchise. Check below the performance of Sunrisers Hyderabad in a total of 7 matches played.

BCCI has confirmed that the IPL 2022’s remaining 31 matches will be hosted by 3 stadiums i.e. Abu Dhabi, Dubai and Sharjah in the UAE.

Are you a huge cricket fan? If you love to place online bets on your favourite IPL team; betway belongs to you. This popular cricket betting platform offers the best cricket odds and  IPL Match predictions.

Stay tuned on Proindiancasinos to get more IPL 2021 updates!