Sunil Gavaskar, the former Indian cricket has troubled himself by making alleged remarks on Anushka Sharma wife of RCB Skipper Virat Kohli. Sunil Gavaskar comment created controversy as many fans have urged BCCI to remove him from commentary panel. As Kohli is already being trolled over social media for dropping two catches by KL Rahul and how he failed badly in fielding as well as in batting which RCB usually boasts of. 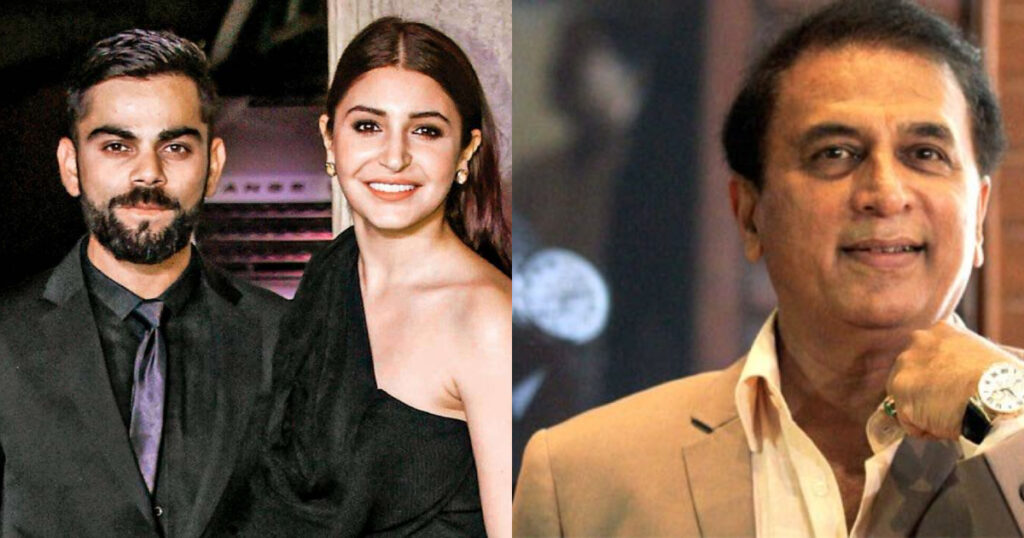 Kohli just made 1 run before being sent back by Sheldon Cottrell. RCB were in full misery as they were all out for 109 in 17 overs. So Mr Gavaskar could not resist himself and tweeted which seemed to be quite disrespectful:

As this statement was double meaning, he must have not dragged Kohli’s wife. Might be Selection of words went wrong as fans of RCB are highly criticizing him. To this Anushka Sharma replied on her Instagram account:

That, Mr Gavaskar, your message is distasteful is a fact but I would love for you to explain why you thought of making such a sweeping statement on a wife accusing her of her husband’s game?

“I am sure over the years you have respected the private lives of every cricketer while commentating on the game. Don’t you think you should have an equal amount of respect for me and us? I am sure you can have many other words and sentences in your mind to use to comment on my husband’s performance from last night or are your words only relevant if you use my name in the process?

“It’s 2020 and things still don’t change for me. When will I stop getting dragged into cricket and stop being used to pass sweeping statements? Respected Mr Gavaskar, you are a legend whose names stands tall in this gentleman’s game. Just wanted to tell you what I felt when I heard you say this,” Anushka Sharma wrote in her Instagram story.

It is since Virat and Anushka have started dating, she is being blamed and trolled constantly whenever Virat Kohli underperforms. Just check out some of the reactions as this controversy went viral over social media: 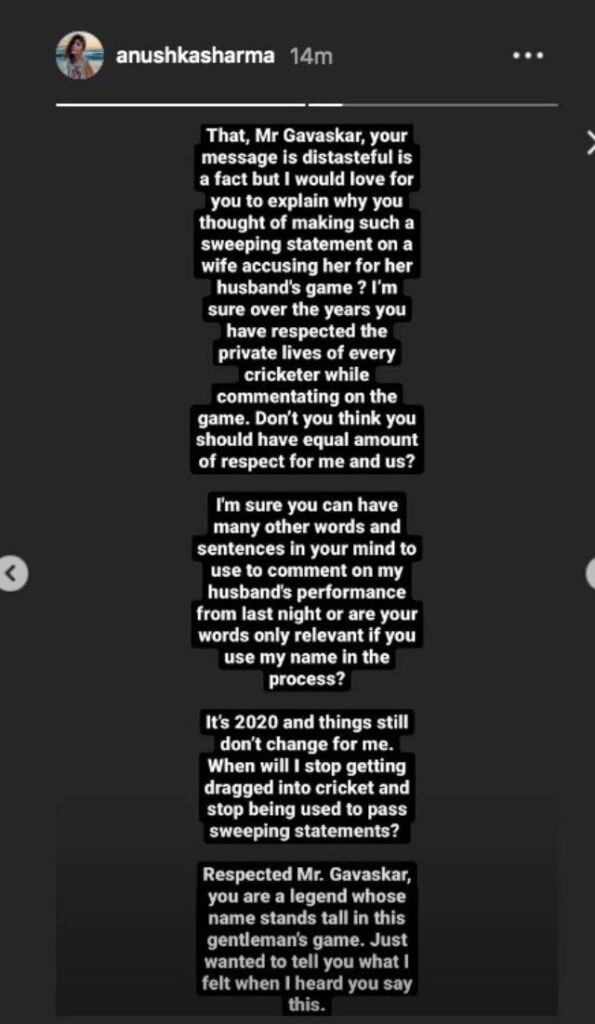